Use this checklist to dominate Tier 2 and Tier 3 markets 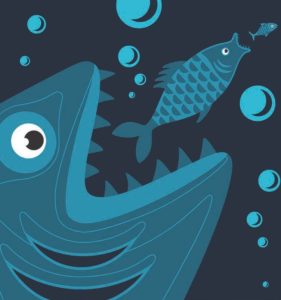 Competition and striving for excellence in product design, marketing, and sales is a constant pursuit for any home builder, but especially in Tier 1 markets. That’s big-time, where national publics roam and it’s far more difficult for a local private builder to make its mark.

But Tier 2 and 3 markets are different and are ripe for opportunity, especially if a builder is committed to excellence in order to become the big—or best or most profit- able—fish in a far smaller pond than the major-league markets. In fact, one criterion I use to define market size is the presence of major professional sports teams. Most Tier 1 markets have at least two, and I currently count eight MSAs with a team in all four major sports leagues (MLB, NFL, NBA, and NHL).

Other criteria are perhaps a bit more relevant to housing professionals,  such  as population (at least half a million) and the presence of several national public and private home builders operating, and competing for buyers.

Tier 2 and 3 markets, by contrast, are far smaller, though hardly tiny: usually fewer than 300,000 people, with a good employment base, steady (ideally increasing) new- home permit activity, and a mix of some regional but mostly local builders, and probably a Double-A baseball team and/or a minor-league hockey club.

At just over 167,000 people, Springfield is the third-largest city in Missouri. It’s the home of Missouri State University and fields an AA baseball team affiliated with the St. Louis Cardinals. Unemployment is on par with the rest of the country. Local, relatively small builders compete for about 800 new single-family home starts per year. By most accounts, it’s a Tier 3 market, a status I consider to be full of opportunity for smart, forward-thinking builders like Ryan Cantrell, president and founder of Trendsetter Homes (originally founded as K.R. Cantrell Homes).

I met Ryan, a third-generation builder, at our 2019 Best Home Building Practices Summit, where he was looking for strategies to increase his market share.

I learned his grandfather was a home- builder who in 2002 gave him a lot on which to build his first home. His mom, also a home builder, became a mentor, and his dad, a preacher, was his role model for integrity. The core fundamentals of a successful home builder were in Ryan’s blood. As he tells it, the first few years were a battle, if at a small scale. Ryan would build a couple of homes, sell one, start another, netting take-home  pay  of about $18,000 a year. But by 2006, K.R. Cantrell Homes was in the thick of the housing bubble, building 15 to 17 houses per year, until the economy tanked and Ryan experienced his first real wake-up call as a home builder.

Working 80-plus hours a week, he and a skeleton crew did everything possible to survive the downturn, and they ultimately did get through it, thanks mainly to some profitable rental investments.

After attending the International Builders’ Show and our Best Home Building Practices Summit last year, Ryan enlisted us to implement some time-tested pillars to achieve excellence and leadership in his market—a progressive checklist suitable for any builder looking to dominate a Tier 2 or 3 market.