As 2016 draws to a close, it’s time for some crystal-ball gazing and best advice for next year 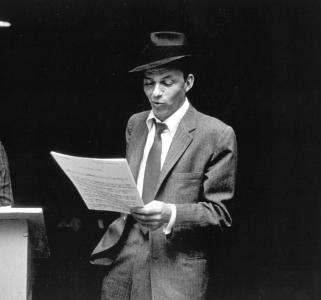 “It Was a Very Good Year,” made famous by Frank Sinatra, told of a series of good years, each memorable in specific ways. But the song is nothing if not bittersweet, with nostalgic descriptions sung in a minor key. So it goes that figuring out if 2016 was a very good year depends on your frame of reference and benchmarks of success. Several builders recently have asked me about previous downturns, the current situation, and what to do if a slowdown occurs. It doesn’t take an economist to know that housing markets go up, and they go down. Nobody knows when, but when they do, it happens fast.

PREPARING FOR WHAT MAY COME

The oft-quoted idea from Bill Gates—that success is a lousy teacher because it seduces smart folks into thinking they can’t lose—has special meaning in this brisk market, when it’s easy to be lulled into thinking that everything you’re doing is right. In past hot markets, I’ve seen builders experiment with a range of new ideas while losing focus of the fundamentals and the diligent execution of time-tested principles required for continuous on-target performance. With the future in mind, I asked some builders to share their thoughts. Was 2016 a very good year? What might be coming down the road? Is now the time for risk, caution, or a prudent combination?

“I don’t see signs that the Wilmington market is slowing with the retirees, but I know it’s coming, sooner or later,” says Kent, who adds that he’s more aware of “spec creep.” Because of this, he’s taking care to hold back on excess extras—“goodies and features for which customers do not see maximum value”—that unnecessarily increase sales prices. “I continue to work hard to be operating at optimal level in anticipation of the next downturn, whenever it comes. Until then, we are maximizing sales revenue and margins.”

“With little control over construction costs and interest rate increases, we are focusing on things we have in our direct control,” Arthur says. At the top of the list is sales training. “It’s really important to have the best sales team in the market,” he says, adding that his team members are all proficient in product knowledge, generating traffic, the selling process, closing, financing, and follow-up. Another top priority, Arthur adds, is lot inventory. WestWind has been careful to stay away from long-term takedowns that assume the best-case scenario absorption rate. “We’ll pay a bit more for lots to get better terms and reduce the risk,” he says. Division president Lance Price adds that sales of homes priced over $250,000 are slowing down. He says that if interest rates increase, he’ll have to cut costs or build smaller homes to fit the buyer’s budget, or do both.

Although Bay to Beach is having its best year ever, the Parkers saw a little slowdown in traffic in August and September. Their 2017 budget reflects an increase in online marketing, with a focus on search engine optimization. “It’s all about increasing market share,” they say. “We’re blessed to be a debt-free company, and if our market slows, we’ll roll with the punches and look for opportunities where debt-heavy competitors can’t compete.”

In his 23 years of home building, McArthur has seen ups and downs, with the Great Recession still in his rearview mirror. “Emotionally, we may anticipate the next downturn to look like 2007 to 2010, but intellectually we know that’s very unlikely,” he says. McArthur sees the emotional perspective as giving survivors a more cautious outlook on what to expect. On the other hand, those who weren’t in the industry or who may have had little at risk during those years, may expect that the good market will continue for a couple of years. “The fact is, none of us know the timing or severity of the next downturn, recession, or adjustment,” he says, “but we all know there will be one. Some say sooner, some say later.”

So what’s wrong with preparing for a downturn now? “Won’t all the things you’d do to prepare for a downturn be the same things you should be doing anyway?” McArthur asks. He believes that being prepared for a downturn will produce better results in a good market, higher margins, greater customer satisfaction, happier employees, increased sales volume, and faster sales velocity. “If we wait until tomorrow,” he says, “it will always be too late.”

McArthur advises builders to pay particular attention to their sales team. During good markets, so many bad habits and faulty assumptions prevail. Salespeople and managers can be fooled into thinking current success is due to their superb skills and personal charm. Too often the good market lulls many into a false sense of security and any sales skills they may have developed begin to diminish in proportion to the duration of the healthy market. It takes constant training, vigilance, and accountability to ensure that the sales team is truly at peak performance during a good market. If a downturn should occur, you need extremely high sales performance immediately, not six months or a year later. But if it doesn’t (and we hope it won’t), as they say in basketball, no harm, no foul.

Jagoe learned lots from management guru Lee Evans, including the value of always having a rainy-day fund. In addition, keeping an eye on numbers, macro and micro economies, inter-statement ratios, direct-cost control, overhead, and improvements to the bottom line is crucial. Jagoe continues, “Don’t be long on land, take care of your customers, educate and improve your employees, budget for three scenarios—a reach, a breakeven, and a most-likely.”

“Are you lean in your processes and on your jobsites? Is your customer satisfaction better than that of surrounding builders? Is your referral rate off the charts? Do you know how long you can exist without a closing that produces a profit?” Jagoe asks, adding that it’s critical for all your salespeople to be master closers. History repeats itself, says Jagoe, who warns that if you don’t know the answers to all of these checkpoints, or some of your answers are no, then your sky could fall in the event of a slowdown.

Long-term success shouldn’t be controlled by market conditions but by what you do on a consistent basis within the market conditions in which you find yourself. Don’t plan on a downturn on the horizon: That’s negative thinking. Do plan on being prepared for if and when it happens because it’s only a matter of time. That’s proactive thinking. PB

Bob Schultz, MIRM, CSP, is president and CEO of Bob Schultz & The International New Home Sales Specialists. For more on looking ahead, write him at bob@i-nhss.com and reference PB-December 2016.